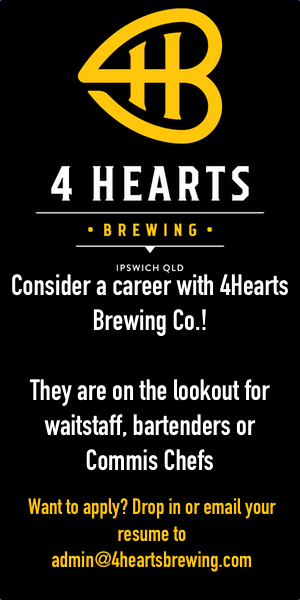 A Brisbane-based historian is refusing to back down in his fight to have so-called ‘ghost hunting’ tours at Ipswich cemeteries discontinued, so as to preserve the peace of those who have been laid to rest as well as that of their families.

Chris Dawson said he discovered several months ago that Ipswich City Council had granted Ghost Tours Australia permission to take up to 30 people at a time on tours of the city’s graves in search of ghosts. He wrote to the council, expressing his criticisms of its decision and that he thought such activities were “disrespectful”.

Ghost Tours’ website stipulated customers must be aged 18 and above and pay $70 to take part in the ‘Goodna Cemetery paranormal investigation’ at “one of Queensland’s most haunted graveyards”.

Paying customers will be led by “professional investigators” from Pariah Paranormal on a 2.5-hour historical tour of the cemetery and work in groups to detect and engage with ‘ghosts’.

Mr Dawson said Ipswich was the only place he knew where a local council has allowed such activities — involving such equipment — to take place in its cemeteries.

“In most places, it’s banned. It’s banned in Brisbane, for example,” he said.

“This is the only place in the world where this is allowed.”

With another ‘paranormal investigation’ to be held at Ipswich Cemetery on November 25, Mr Dawson said he believed the council had not properly considered the community’s concerns.

Several people who have family members buried at the Goodna and Ipswich cemeteries have taken to social media to share their thoughts on the operation.

“I have many family members in Goodna and Ipswich and I do not give my permission for these investigations as they go against our cultural beliefs,” user Gillian Carter-Foster wrote on Facebook.

“The activity is disrespectful in my culture and there is nothing you can say to make me feel otherwise.”

A council spokesman said Ghost Tours Australia had operated historic ghost tours in the cemetery for more than 20 years and were subject to strict compliance with conditions of its Commercial Use of a Cemetery Permit.

“Under Ipswich City Council’s Local Laws, (the) council may grant non-exclusive use of cemeteries to commercial operators conducting tours with members of the public,” he said.

“The applicant has, to date, operated within the terms and conditions of the permit, which was approved by (the) council.”

In a petition to ban ‘ghost hunts’ in Ipswich cemeteries — which received more than 300 signatures — organiser Mr Dawson claimed the service involved customers interacting with the final resting places of people who passed as recently as 2020.

“This is not what the bereaved grave owners wanted when they paid to provide a resting place for their loved ones,” he wrote.

“Cemeteries should be places of love, memory and respect.”

Ghost Tours operator Jack Sim said his business had run ‘paranormal investigations’ — he rejected the term ‘ghost hunting’ — since 1998, and had only recently hosted its first at Ipswich Cemetery in partnership with Pariah Paranormal.

He said while not “core business”, the investigations had proved popular among Ghost Tours customers and were a “respectable, professional, organised” way of providing a unique experience.

“My naysayers are trying to portray that (what) we do is unusual or weird,” he said.

Contrary to Mr Dawson’s assertions, Mr Sim said similar paranormal investigations were “absolutely” offered elsewhere in the country and the world and his organisation went to great lengths not to “commercially exploit” any cemetery in any way.

“We make no attempt to contact ghosts using spirit boards,” he said.

“We think it’s distasteful, so we don’t do it.”

He said Ghost Tours had strict ethical standards, enforcing that no person sit or stand on any graves, touch any flowers or items belonging to families, or go near any new sites.